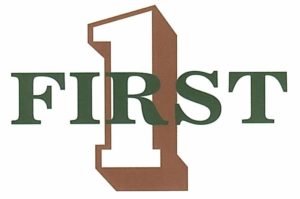 Work Experience: Ghassan M. Alamdar is a shareholder and a Board Member and holds the position of General Director at First Saudi. Prior to that, he held several managerial positions in Saudi Arabia. He is a Prominent Entrepreneur with diverse investments in Saudi Arabia and abroad.

Education: Mr. Alamdar holds a Bachelor of Business Administration from King Saud University of Riyadh in Saudi Arabia, and has attended several advance managerial courses and workshops in Hospital Management and Project Management.

Work Experience: Samir A. Barraj is one of the main founders at First Saudi and has been the General Director – Technical & Operations from the date of incorporation of the Company in 1980. Prior to that, he worked in the field of Consulting and Contracting in the U.S.A., Lebanon and Saudi Arabia.  He was nominated by Construction Week Power 100 as one of the most influential people working in the industry across the GCC for two consecutive years.

Education: Mr. Barraj holds a Bachelor and a Master’s Degree in Civil Engineering from the University of Oklahoma in U.S.A.

Work Experience: Bassem holds the position of Deputy General Director – Technical & Operation since 2010. Prior to that, he worked for over 20 years in the Field of Consultancy, Banking and Construction business mainly in Canada, Lebanon and Saudi Arabia.

Education: Mr. Barrage holds a Bachelor of Science Degree from the University of Arizona in U.S.A., and has attended advanced financial and managerial courses at Mc Gill University in Montreal, Canada and attended several workshops in Project and Construction Management.